Beatport is taking a new approach to genres

Genres are constantly a topic of debate for every music lover and DJ. The way that music stores decide on genres can actually impact the success of tracks and artists, so wouldn’t it be great for DJs, labels, and fans to influence that process? In this interview with Beatport, we found out a bit about their new approach to genre tagging.

As a Beatport employee (during the time when the still site existed in Flash) I headed up a department that later became known as ‘Content Merchandising’. During these earlier stages of growth and development, we referred to it simply as genre management. Our job, as a team, was to manually ensure that all tracks on the site were assigned to their correct genre profile – a profile that was defined and set by Beatport.
Times have changed, but gripes regarding Beatport’s genre classification system have remained. It’s an innocuous problem that has seemingly been unfixable. Until now.
Beatport plans to change the site’s genre system to meet modern needs and reflect the changing nature of DJ culture. DJ TechTools spoke to the VP of Marketing Terry Weerasinghe to find out more about the firm’s new approach to their genres, while touching upon the company’s future.

Future House
Since launching over thirteen years ago, the store’s original genre classification system has arguably failed to match the overall changes in the electronic music scene. The primary categories; Drum & Bass, Deep House, House, Techno, Progressive House and Trance are still there – and along the way, pages for Dubstep, Indie Dance and Hip-Hop were added. So what’s the plan now?
DJTT: What’s happening with Beatport’s new approach to genres?
Beatport: “This is something that the public has been asking for, and hands up, we’ve heard them. The important thing to say is that there is not one correct definition of a genre. We just want to make finding good music easier for our customers.
For instance, you have quite a broad spectrum of music under House now and this includes some of the new Future House as well as well as the more classic records, but the reality of House music is that it is an everything-goes underground dance genre. 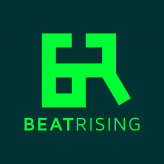